Despite the drop in oil prices, the programs to convert coal-to-liquids and coal-to-gases continues. Centrifuges, clarifiers, hydrocyclones and other sedimentation equipment will play a major role in both process separation and wastewater purification.

The largest program is in China where more than one billion tons of coal per year are slated for conversion. Other Asian countries are moving ahead with coal to chemicals plants.  The Ukraine has five plants underway to reduce dependence on Russian gas.

The economics and environmental impact of coal conversion can be greatly enhanced by rare earth recovery.  In the past, an outside source of acid to leach the rare earths has been needed. McIlvaine Company believes this expenditure can be avoided.

By using the chlorine in coal, the rare earths can be extracted in what the McIlvaine Company believes to be simply the marriage of two proven systems. 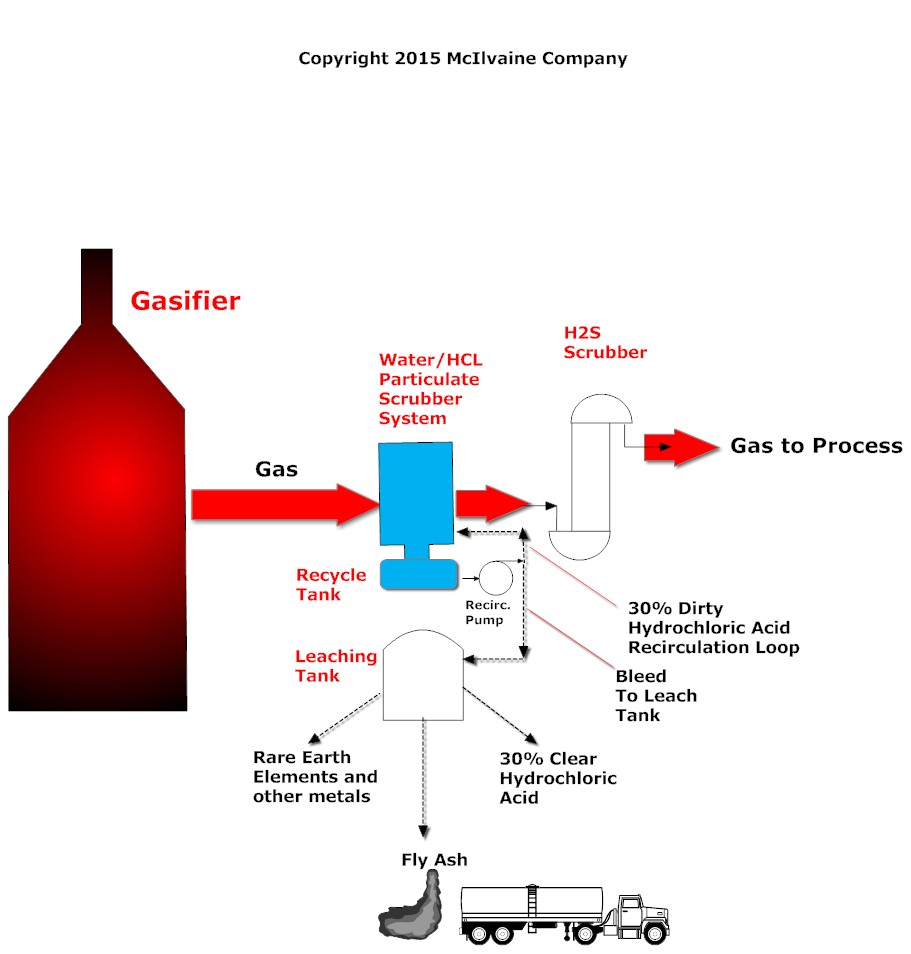 Making hydrochloric acid from coal is not a new idea. Using this technology for rare earth leaching is new.  The particulate and HCl emanating from the gasifer are captured in a venturi scrubber. This is already the scheme used for the GE gasifier. However, the proposed design recirculates acid to achieve a 30 percent dirty acid concentration.  A bleed stream with the flyash and acid is then sent to a tank for further leaching. A number of additional separation steps are then needed to produce the rare earths from the flyash. So this separation is another opportunity for centrifuge and clarifier suppliers.  For more on N005 Sedimentation and Centrifugation World Markets, click on:  http://home.mcilvainecompany.com/index.php/markets/2-uncategorised/119-n005