Coal will remain the major fuel for electricity production. The substantial additions of new coal-fired capacity in Asia will result in maintaining a substantial lead over both nuclear and gas. These are the conclusions reached in Fossil and Nuclear Power Generation, a continually updated report by the McIlvaine Company.

In 2020, coal will account for 50 percent more installed capacity than nuclear and gas. 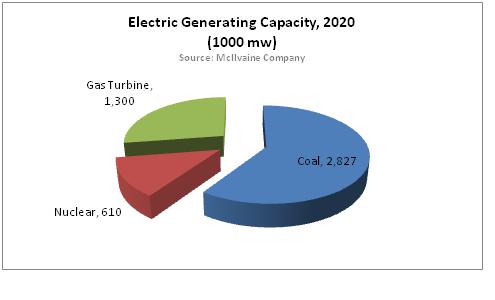 China has been the biggest factor in the growth of coal.  In the last 10 years it has built more coal-fired power plants than exist in the U.S. and Western Europe. 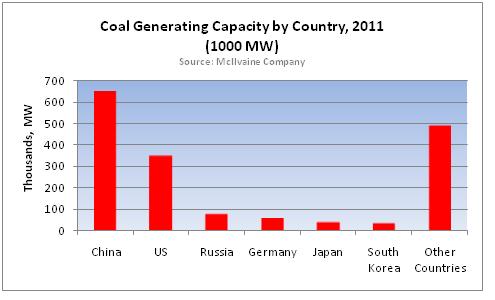 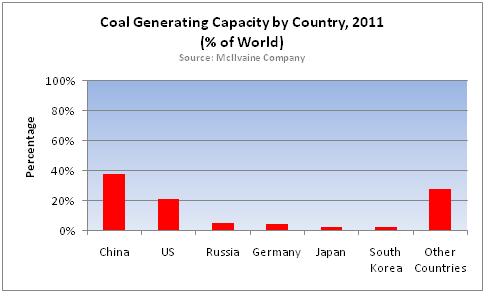 India will enjoy the largest percentage growth in coal-fired power plants. Its coal-fired capacity will nearly double to 300,000 MW by 2020. 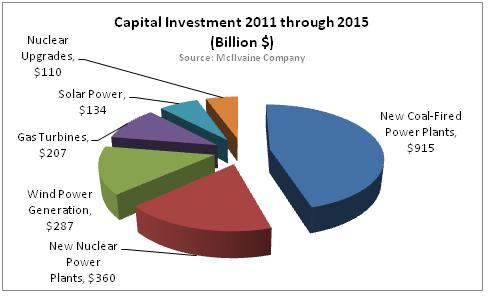 The growth rates for wind and solar will exceed those of fossil and nuclear. But since the growth is from a small base, the total expenditures will be relatively small compared to coal.

All the larger coal-fired power plants which will be built in the next decade will be high efficiency.   For example, the new Chinese ultra-supercritical plants emit 30 percent less CO2 than the average coal-fired power plant in the U.S.  China has invested more for pollution control than any other country. Nevertheless, it is still the largest polluter because of the emissions from some of the older plants.