China has spent more on equipment to reduce NOx from power plants in the last two years than any other country, but it has a long way to go. The installed capacity of deNOx systems at the end of 2010 was 58,000 MW. This means that about 10 percent of the total coal-fired capacity of 600,000 MW is fitted with deNOx equipment. By contrast, two-thirds of the capacity is fitted with scrubbers to remove acid gases such as SO2.  McIlvaine Company forecasts the market for deNOx systems in World NOx Control Markets and tracks each individual Chinese air pollution control project in Chinese Utility Plans.

There are 200 power boilers at 100 plants in China which have installed Selective Catalytic Reduction systems (SCR).  These power plants are mainly located in the population centers of Beijing, Guangdong, Zhejiang, Jiangsu, Shanghai, Fujian, Shanxi, etc.  Only four power plants have installed the less efficient but cheaper Selective Non-Catalytic Reduction (SNCR) systems. All boilers installed since 2003 are equipped with Low NOx burners. 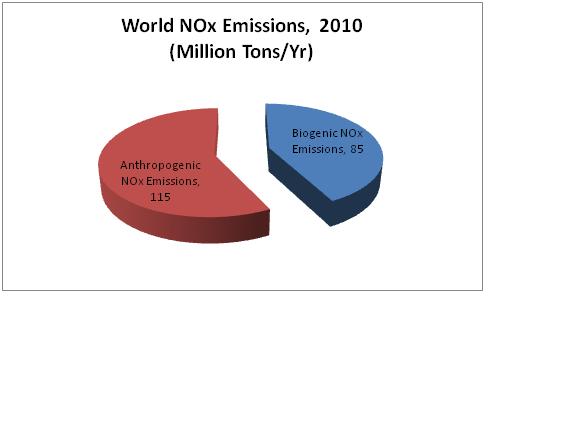 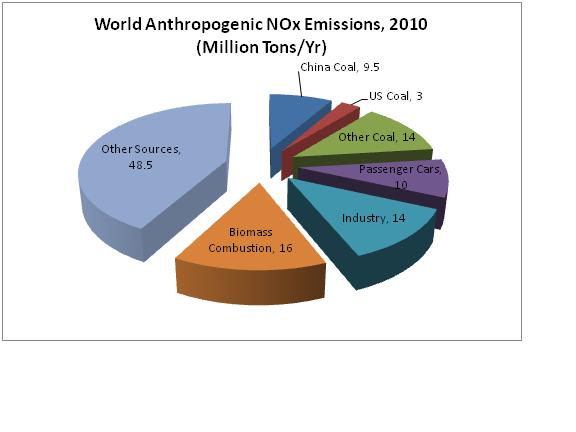 China has already demonstrated its willingness to spend large sums of money to clean up power plant emissions. Because there are so many existing power plants without NOx control systems and because China continues to lead the world in construction of new power plants, it will be the largest NOx control market over the next decade.

The market is served by a mix of Chinese and international companies. Initially all the technology came from outside of China. Now there are a number of experienced system vendors, including CPI Yuanda, Fujian Longjin, Beijing Guodian China Datang, Shanghai Electric and nine other significant suppliers.

There is rapidly growing catalyst manufacturing capability. It started with KWH of Germany transferring operations to Sichuan in 2004. A number of other facilities are now in operation. Cormetech of the U.S is partnering with China Chongqing Yuanda and operates a 10,000 M3/yr catalyst facility in Chongqing.  A total of seven Chinese catalyst manufacturers are profiled in World NOx Control Markets.

For more information on Chinese Utility Plans, click on: http://www.mcilvainecompany.com/brochures/energy.html