The U.S. EPA has just proposed rules to limit power plant air toxics in the U.S.  These rules are expected to reduce 91 percent of the mercury from being released as well as greatly reduce emissions of hydrogen chloride and toxic metals such as arsenic and chromium.

McIlvaine is providing continuing analysis of the impact of this regulation in Mercury Air Reduction Markets.

If the EPA assumptions are correct, the activated carbon market for power plants will rise to over $500 million/yr. This represents a big boost in sales for Norit, Calgon Carbon, ADA-ES, Westvaco and others.  The 2010 market was around $50 million. So this would be an increase of $495 million just for powdered activated carbon for U.S. power plants.  In the same period, industrial boiler and cement plant toxic rules will be implemented representing a possible additional $75 million in activated carbon sales.

Many coal-fired power plants will switch from precipitators to fabric filters to decrease the amount of activated carbon needed for 90 percent mercury removal.  They will also switch in order to meet the new particulate standard of 0.03 lbs/MMBtu total particulate.  This standard has been set to insure capture of toxic metals.   It is not coincidental that New Source Performance Standards were issued at the same time as the air toxic rules.  All older coal plants are in jeopardy of becoming modified new sources and, therefore, triggering New Source Review. They would then have to meet the newly proposed stringent total particulate standards of 0.026 lbs/MMBtu.  EPA says the rules will result in 166,000 MW of new fabric filters. 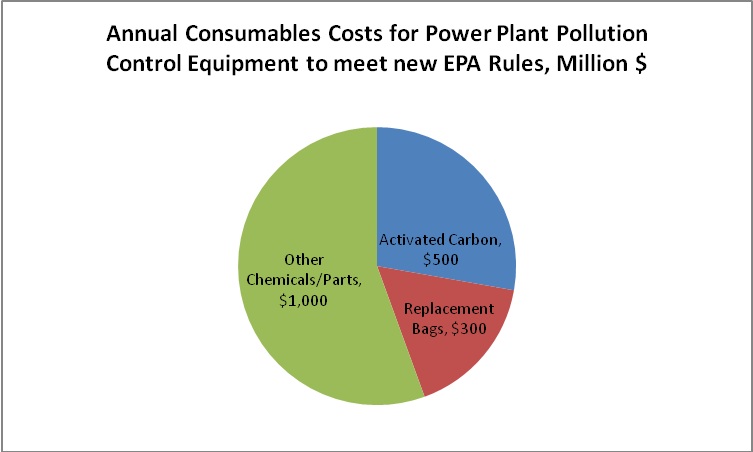 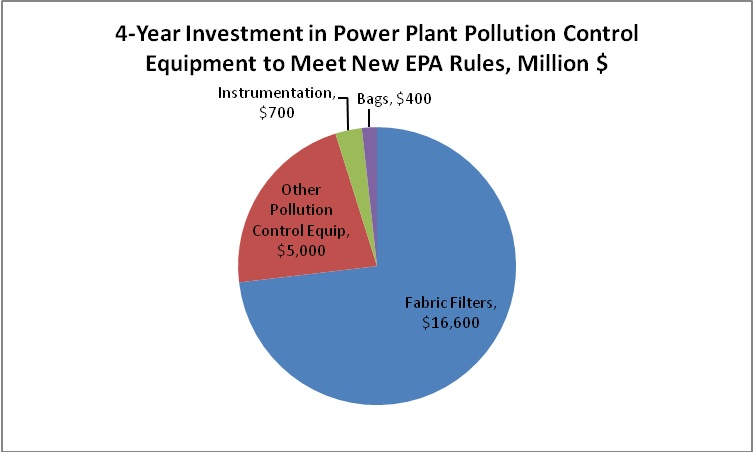 While this outcome is the most likely, it is only one of a number of options. Here are other possibilities: