The stakes are now about the very survival of Europe now and not about risks 50 years from now. As a result a number of energy options deserve consideration.

Russia has not only invaded Ukraine but has threatened to use its nuclear arsenal. Not since Hitler has the security and the prosperity of the world been so threatened.

The new risks have to be put into perspective. Putin is threatening nuclear murder of billions of people. Concerns about a nuclear accident at a power plant pale in comparison. Sanctions have caused oil to rise to $113/ barrel. This is  a small price to pay if it helps avoid World War III.

There may be some who would equate the global warming threat to the that of nuclear war but there is a big difference. With nuclear war billions die and the survivors are reduced to a stone age existence. For those who paint the picture of a global warming tipping point from which there is no return, keep in mind carbon negative technologies are the answer. Direct air separation is one. However it would be extremely expensive.

There is one carbon negative route which is already proven. It is Bioenergy with Carbon Capture and Sequestration ( BECCS). If in 2040 all the world’s coal plants switched to  BECCS, then by 2080 we would have offset all the coal fired power plant emissions for the century and would be back to 2000 levels.  By the end of century we would be back to 1980 levels. So there is no tipping point.

There are already one million Ukrainians who have been displaced. The threat of nuclear war makes displacement of people living along the coast lines a minor crisis by comparison. Renewable energy including solar and wind should be pursued aggressively. To date they have lessened European dependence on fossil fuels. But considering the magnitude of the crisis it will take all the available technologies to cope with this unprecedented evil act.

Here are some of the specific resources and options.

Germany is considering continued operation of coal and nuclear plants. In a previously unthinkable step for Chancellor Olaf Scholz's government, the crisis has politicians considering delaying Germany's planned exit from nuclear energy and coal to keep the lights on.

"We will change course to overcome our import dependence," Scholz said Sunday at an extraordinary session of the Bundestag, or lower house of parliament, on the Ukraine crisis.

The decision represents a massive and expensive reversal for the government which has banked on Russia to secure its energy needs over the past two decades.

Alternatives are now under consideration, including more solar and wind power, liquefied natural gas (LNG) terminals, gas- and coal-fired power plants as well as possibly a return to nuclear power.

Nuclear-fired power plants, which still supplied 12% of Germany's gross electricity generation in 2021, remain controversial in Germany, which decided to shut them down after Japan's Fukushima disaster in 2011.

Of the seven nuclear power plants Germany had at the time, only three remain in operation now: Isar 2, Emsland and Neckarwestheim 2, which are operated by German energy firms E.ON, RWE and EnBW, respectively.

Under current plans, the plants, with combined capacity of 4,200 gigawatts (GW), will be shut down by the end of 2022.

“For years, we have been doing nothing other than preparing both technically and organizationally for the decommissioning of our plants," a spokesperson for E.ON's nuclear division PreussenElektra said.

The group neither has the nuclear fuel nor the staff that would be required to keep plants going, the spokesperson added.

RWE said its Emsland plant was scheduled to be decommissioned at the end of 2022, by which time its fuel will have been used up, adding there would be high hurdles to overcome, both technically and in terms of getting the necessary approvals, to extend the life-span.

EnBW, however, is less opposed.

"If it is necessary for the security of supply, EnBW is of course prepared to examine measures in an open-minded manner and to provide advice to the German government," it said in e-mailed comments.

Spain is reopening one coal plant The Los Barrios thermal power plant, in the bay of Gibraltar, will be put to work once more after being closed three years ago.

The coal power plant had a capacity of 567 Megawatts in 2014 and has been reactivated due to increased demand for energy over the winter.

Italy is considering reopening coal fired power plants.  Forty-five percent of its natural gas is being supplied by Russia.

They are not evenly distributed across the individual member states and those most reliant on coal are Poland, Germany, Bulgaria, the Czech Republic and Romania. Germany and Poland alone are jointly responsible for 51% of the EU’s installed coal capacity and 54% of emissions from coal.

Germany is planning to shut down all of its 84 coal plants by 2038.

Six percent of the electricity in the U.K is generated with combustion of biomass at the Drax power station. By 2027 Drax will be capturing CO2 from this plant and sequestering it in the North Sea. The substitution of the biomass is the equivalent of reducing CO2 emissions by 6%.  Sequestering it has the impact of a 12% CO2 reduction.

Germany can consider BECCS for coal plants which it would convert rather than shut down. An intermittent strategy is to co-fire coal and biomass and slowly increase the biomass percent.  Presently Germany is co-firing both sewage sludge and biomass. 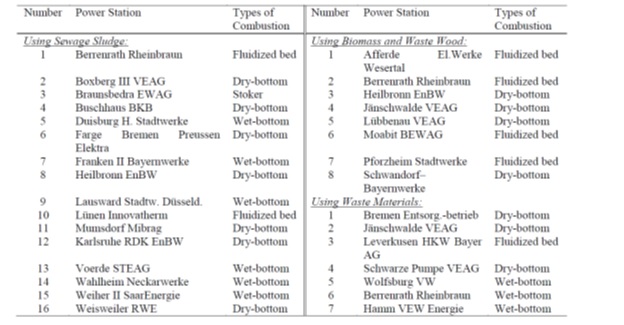 Details on the initiatives and specific projects are tracked weekly in the Utility Tracking System.  It is explained at http://home.mcilvainecompany.com/index.php/databases/42ei-utility-tracking-system

For more information contact Bob McIlvaine at 847 226 2391 or This email address is being protected from spambots. You need JavaScript enabled to view it.