Due to the government ownership of wastewater plants in many countries and the growth of third party operators such as Veolia and Suez, the water and wastewater industry is also relatively concentrated in terms of decision makers.

Water treatment chemical producers sell directly to some large users and sell through distributors to others.  The percentage purchased by the large users is rising and calls for more focus on this segment by the producers.  This is the conclusion reached by McIlvaine Company in N026 Water and Wastewater Treatment Chemicals: World Market.

The 2015 treatment chemical sales will exceed $26 billion.  Sales of chemicals to provide ultrapure water (UPW) will be $1.1 billion. 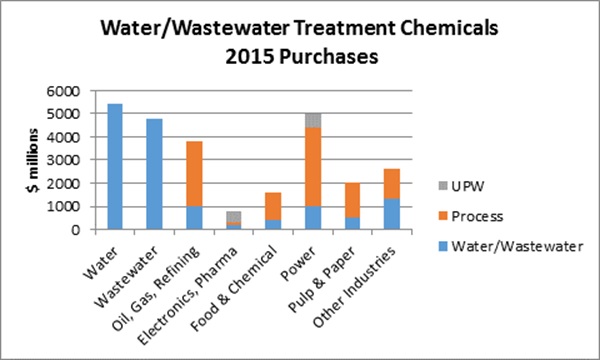 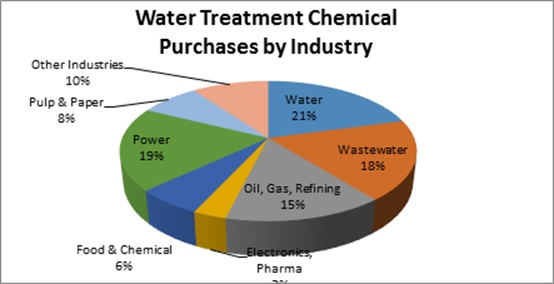 Samsung is the largest UPW treatment chemicals purchaser followed by Intel and TSMC. The largest power purchaser is EDF who ranks fourth.

For polymers and other chemicals used in UPW systems but also used elsewhere, the power plants rank above the semiconductor companies. The power companies are also large purchasers of corrosion inhibitors and anti scalants.  Total treatment chemical purchases by power plants in 2015 will be $5 billion of which $3 billion will be spent by the coal-fired power generators.

There is subset of this group which also operates flue gas desulfurization (FGD) systems.  This process expands the treatment chemical needs.  This group is highly concentrated with just seven companies accounting for 44 percent of the treatment purchases.

The McIlvaine Company has created a program for suppliers to maximize sales to the largest purchasers. It combines the treatment chemicals report with tracking of prospects and projects. Detailed Forecasting of Markets, Prospects and Projects.

Other support services for the program include: