Power Plant Pump Purchases In 2016 Will Be $3 Billion

The power industry has been on a spending spree for new coal-fired power plants. Led by China, this spree has finally peaked but will remain at a high level thanks to India, Vietnam and Indonesia which have embarked on ambitious programs. Total purchases of pumps by the power industry will grow modestly to $3 billion next year. This is the conclusion reached by McIlvaine Company in N019 Pumps World Market.

Centrifugal pumps will account for 67 percent of the purchases. 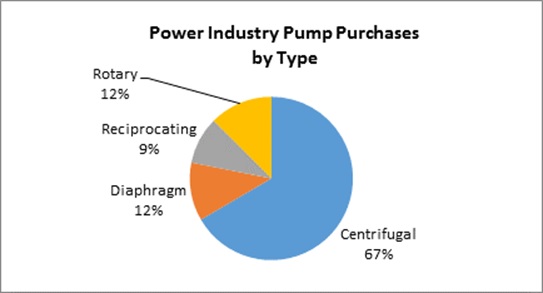 Eighty percent of the pump purchases for the power industry will be made by less than 100 corporations. PLN in Indonesia will install more new coal-fired boilers than all the utilities in Europe and the U.S. combined. Electricity Vietnam (EVN) will build twice as many as PLN.  Several Indian utilities will also build large numbers of new power plants

Sales in Asia will exceed other continents due to both the quantity of new power generation and the choice of fuel.  Most new capacity in Asia will be coal-fired, whereas in the U.S. the new capacity will be gas-fired.  Coal generators spend three times as much for pumps as do gas turbine power plants. Pumps are used for cooling water, ultrapure water, steam, FGD recycling slurry and wastewater treatment.