Two-thirds of the Cleanroom Laundry Business Is In Asia

In 2016 cleanroom garment processing facilities (laundries) will generate revenues of just under $1.5 billion.  Two-thirds of these revenues will be generated in Asia.  These revenues include the garments processed by outside laundries as well as the ones processed by the cleanroom operators. 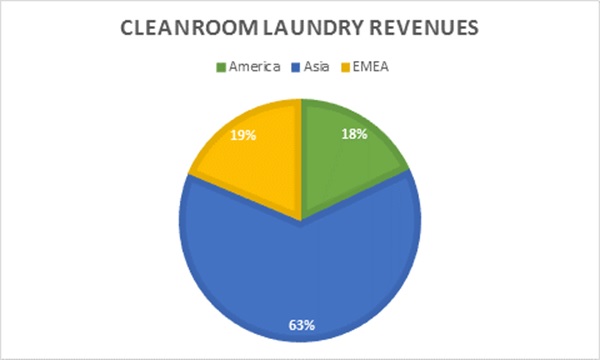 Some of the U.S. and European based cleanroom laundries have moved into Asia.

In Taiwan SUNRAY operates a Class 1 cleanroom with advanced cleanroom laundry equipment in Taoyuan Longtan. This facility was designed and built for the operations required for an ultra-clean laundry. Taiwan is a major semiconductor producer.