The world market for industrial scrubber, absorber, adsorber, biofilter systems will exceed $6 billion in 2011 and reach $7 billion in 2015. This is the conclusion reached in the continually updated McIlvaine publication Scrubber/Adsorber World Markets. 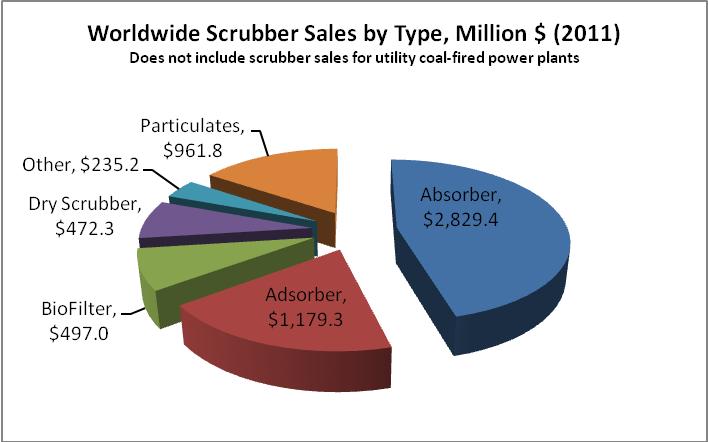 The largest product segment is absorbers which remove acid gases such as HCl, SO2, and HF.  Absorbers, adsorbers and biofilters are used to capture odors and volatile organic compounds. Dry scrubbers including spray driers, sorbent injection and circulating dry scrubbers are used for acid gas removal in competition with absorbers.  Venturi and sump scrubbers are used to remove mechanically generated particulate from crushing, screening, and transfer of bulk solids. 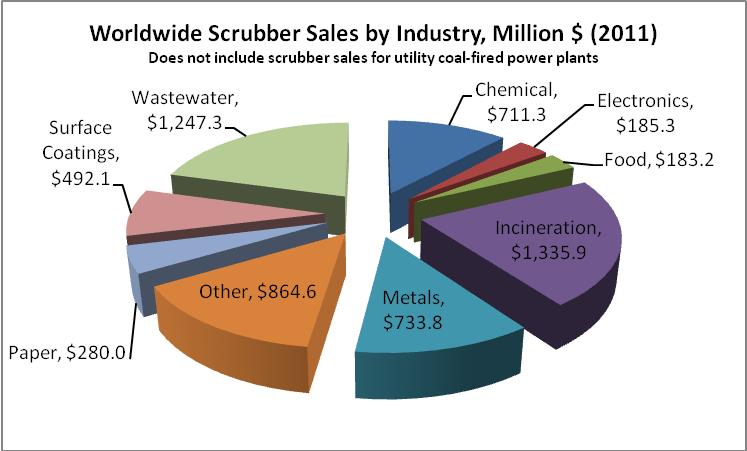 Incineration including waste-to-energy applications is the largest single market. Outside the U.S. there is a high priority placed on converting municipal waste to energy.  There are frequently both wet and dry scrubbers incorporated in the same system. Wastewater is a growing application as citizens cite odors as their biggest air quality complaint. It is not unusual for a wastewater plant to invest more than $1 million in air pollution control equipment 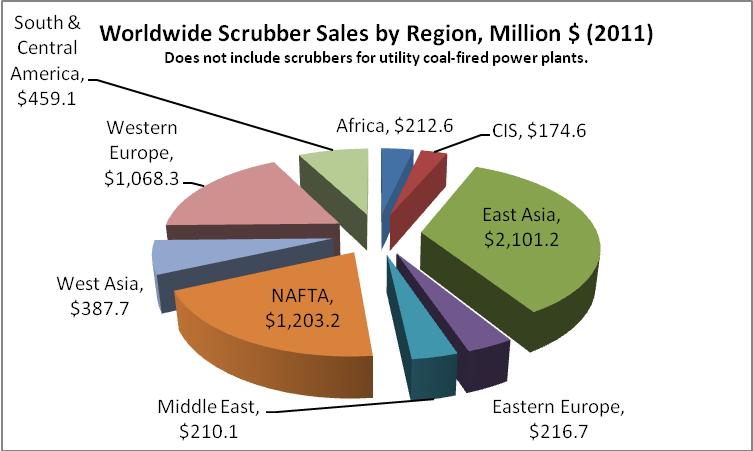 Over one third of the market this year will be in East Asia. China is investing heavily to clean up the emissions from steel and mining operations.  It is building record numbers of wastewater treatment plants and is including odor control equipment on many of them. China produces more than 50 percent of the world’s cement.

These forecasts do not include the scrubbers used on utility coal-fired boilers.  This is a multibillion dollar market and is treated separately in the McIlvaine FGD World Markets report.

For more information on Scrubber/Adsorber World Markets, click on: http://www.mcilvainecompany.com//brochures/air.html#n008