Nuclear Disaster Will Shift $200 Billion Investment to Fossil and Renewables

In the next five years over $3 trillion will be invested in dynamic segments of the power, energy and water industries.  However, forecasts regarding the division of this investment made just months ago are now revised to reflect lower investment in new nuclear power plants and higher investment in alternatives.  This is the new conclusion in the McIlvaine continually updated online World Market for Your Products. 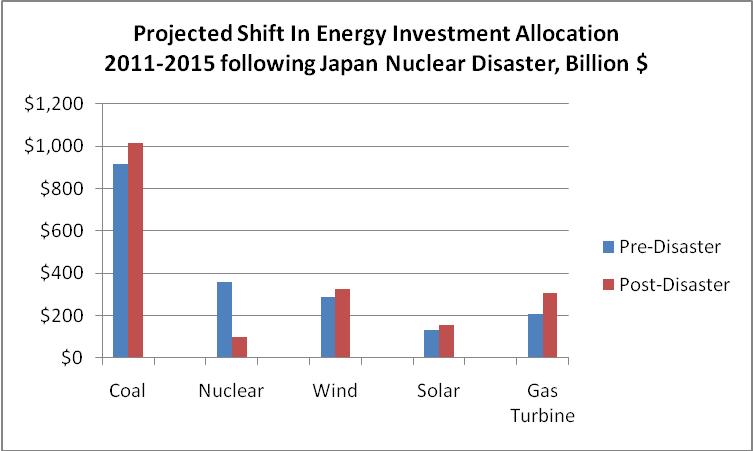 Longer term, the biggest shift will be from nuclear to coal. China is both a major coal producer and the largest potential investor in nuclear power plants.  It has been quite successful in building efficient new coal-fired power plants. India will also be influenced to put more emphasis on coal.

Despite the recent advances in extracting gas from unconventional sources such as shale, there will not be a massive shift to gas-fired power.  The reason is that gas can be converted into liquid products. Any big disparity between the price of oil and gas will eventually be eliminated by building gas-to-liquid plants. Since the price of oil is predicted to increase, gas will follow suit and be too expensive to be the main power plant fuel.

Events such as the Japan nuclear disaster and the turbulence in Libya are examples of the regular occurrence of unpredictable events and the need to constantly revise strategic planning.  The World Markets for Your Products provides this opportunity.  For more information, click on:  http://www.mcilvainecompany.com/brochures/water.html#n039