Sales of cleanroom hardware and consumables are projected to be $14.39 billion in 2015 according to the adjusted forecasts in McIlvaine World Cleanroom Markets. 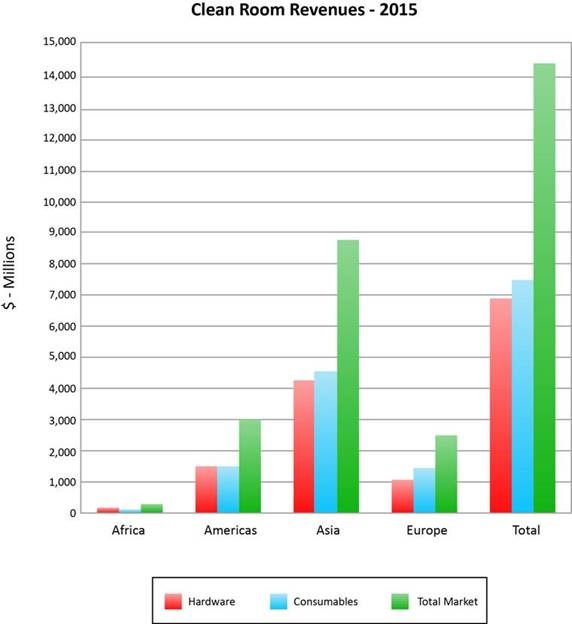 Over the last several decades the suppliers of computers and the components have increasingly outsourced the manufacturing of their proprietary chips. Taiwan has become the leading supplier of chips to the component suppliers. China is rapidly building semiconductor manufacturing plants to try to keep up with the huge demand for chips in mobile devices.

The international drug companies have been losing market share to generics manufacturers.  The strategy to compete with them is to build generic manufacturing facilities in China and India. So a number of the world’s largest pharmaceutical companies have invested heavily in the region.

Hardware includes the complete cleanrooms including the HVAC systems, walls and floors.   All of these products are uniquely designed to minimize particle release to the air.  Consumables include garments, wipes, furniture and chemicals.

For more information on World Cleanroom Markets, click on: http://home.mcilvainecompany.com/index.php/markets/2-uncategorised/474-n6f-world-cleanroom-markets