The lower prices for oil ultimately translate into lower gas prices which, in turn, encourage retirement of coal-fired power plants and replacement with gas turbine generators.  Lower gas prices also have a negative impact on sales of wind turbines and solar power plants. These trends are continually tracked in several McIlvaine services. 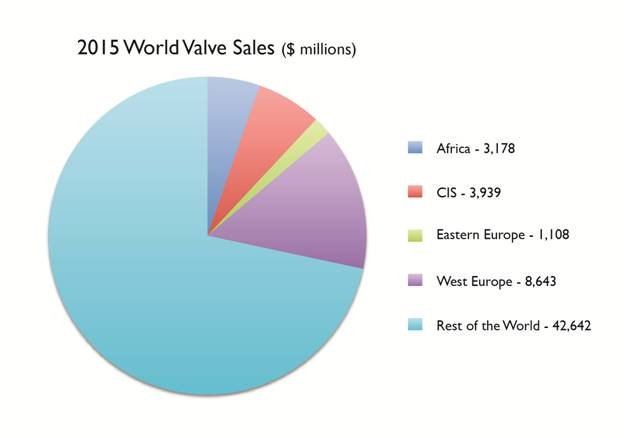 Gas prices in the U.S. are projected to be around $4/MMBtu in 2015. This price is already the basis of the present plans for most generating companies.  However, if the price fell to $2/MMBtu with any assurance that the level would remain this low for a decade, then there would be a large number of coal-fired power plant replacements.

There are a number of factors which impact gas prices. Despite record high production levels, U.S. gas inventories are still 0.24 TCF (trillion cubic feet), or 6 percent lower than last year’s inventory levels and 0.26 TCF, or 7 percent lower than the five-year average (2009-13). If this winter is anything like the previous one, prices might spike. But the EIA projects lower residential and commercial demand based on milder temperature forecasts and higher forecasted naturalgas prices.

The price of oil has a powerful effect on gas prices because one can be substituted for the other. However, there are some exceptions.  The U.S. cannot easily export gas and so the price in the U.S. is not reflective of world oil or gas prices.

Another aspect is the relative value of the dollar against the yen, euro and other currencies.  Oil prices are tracked in U.S. dollars. When the dollar rises against other international currencies then oil prices fall. (You can exchange dollars for more euros and buy more oil.)

In general, the low gas prices are creating optimism among suppliers of equipment and services. Gas turbine suppliers are anticipating industrial gas turbine sales of more than $40 billion per year over the next fifteen years.

Component suppliers are also optimistic. Donaldson anticipates its gas turbine sales will increase 25 to 30 percent due to an expected improvement in the large turbine power generation market. This forecast includes $17 to $20 million from the Northern Technical acquisition, which was completed in September.

Oil and gas activities are tracked in N049 Oil, Gas, Shale and Refining Markets and Projects