By 2030 Fifty-SixPercent of Vietnamese Electrical Capacity will be Coal 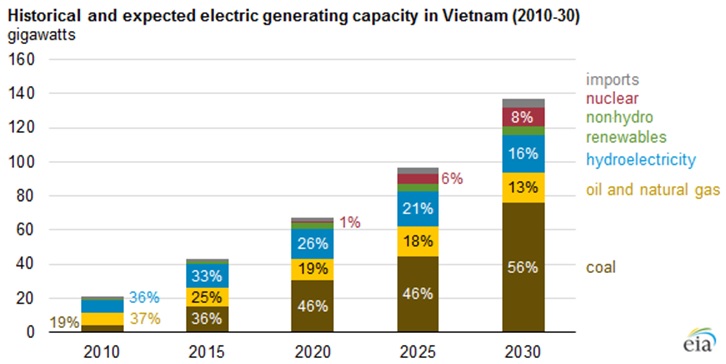 In 2014, annual coal consumption was 19.1 million tons, a 21 percent increase over 2013. Coal consumption has continued to increase in 2015 as unseasonably hot weather contributed to a decline in hydropower generation. Vietnam is still in the process of developing its coal mining sector and must import relatively higher-priced coal. State-owned PetroVietnam (PV) is seeking to purchase 11 million tons of coal per year starting in 2017 to supply Vietnam's domestic power industry.